Statistically, a 95% chance to hit a target seems like superb opportunity to take a shot on a target. XCOM 2 has reinforced the opposite mentality. This turn based strategy game developed by Firaxis Games  forces the player to make risky decisions on and off the battlefield. This sequel to XCOM: Enemy Unknown (of 2012) proves to be even more difficult than the reboot for several reasons. For those still unaware about the premise of the game (did the thumbnail not give any clues?), the XCOM series involves aliens, mainly killing them for the betterment of humanity. I personally have enjoyed my time spent with the game thus far. XCOM 2 rewards players that take their time in between turns to craft a formulaic plan for battle. 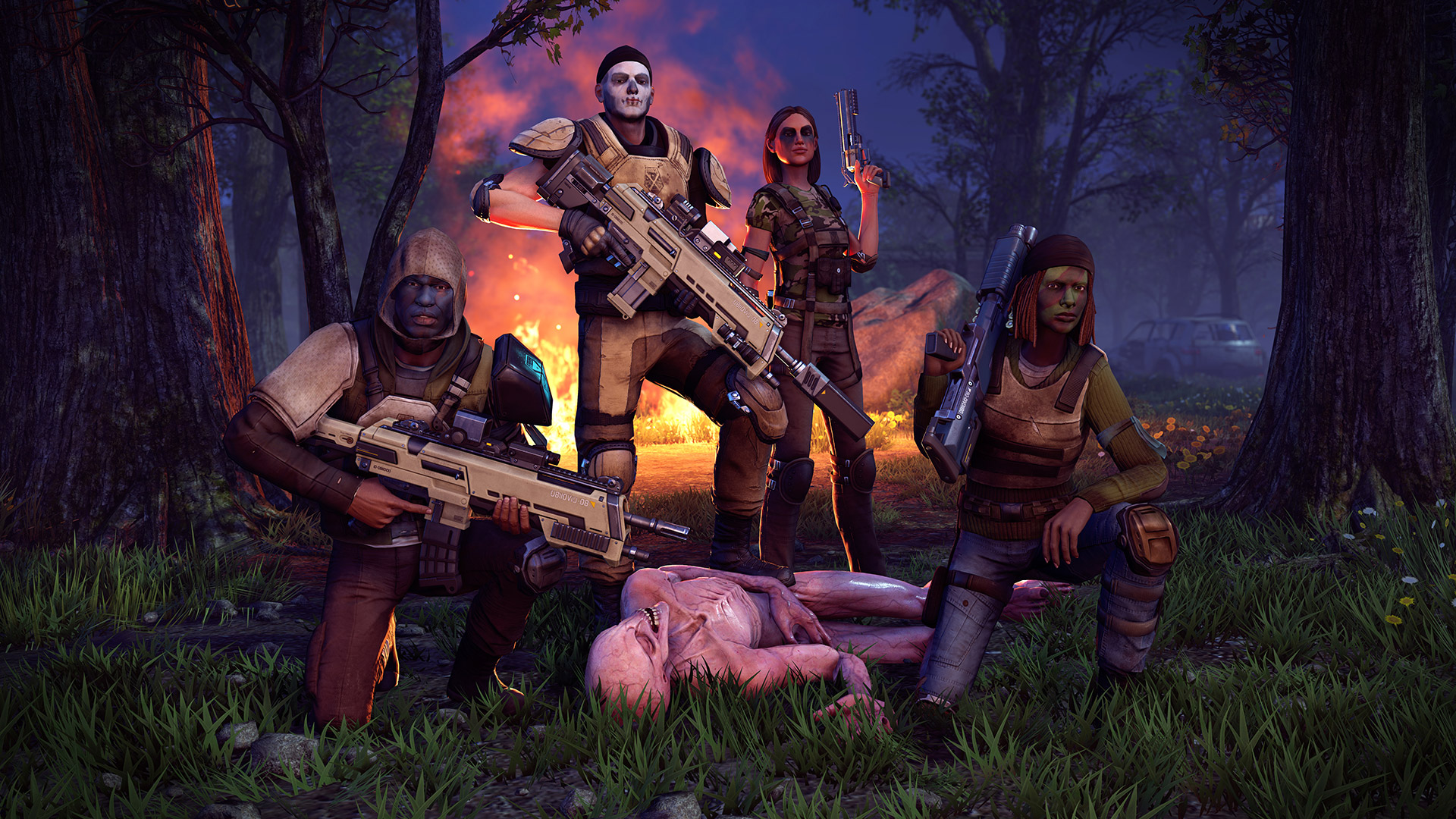 The premise for XCOM 2 takes place 20 years after the events of XCOM: Enemy Unknown. Basically, humanity was invaded and overwhelmed by a coalition of extraterrestrial beings. At first, during the events of the first game, the world banded together to form the XCOM Project. The XCOM Project was a multi national reaction force designed to combat the aliens. Although the player could actually win and beat the aliens in XCOM: Enemy Unknown, the canon ending is that the XCOM project failed. In between the previous game what is left of XCOM has been forced to fight as a guerrilla unit that lacks the support from multiple nations. Instead the player leads the remnant of XCOM from region to region across the world in their own commandeered alien supply-ship. In a sense, the player and therefore the story is basically that you are the last hope for humanity waging a hit and run war against the aliens. Yet it isn’t that simple, a lot of society has changed since the aliens essentially became humanities overlords.

Through propaganda and the use of superior technology, the majority of humanity has been convinced that the aliens are in fact here to help humanity become a more intellectually enlightened race (hence the statue of the alien symbolically helping the fallen human above). In other words, at times you will be fighting soldiers that somewhat resemble humans but without going into spoilers it really isn’t the case. Major cities have been constructed by ADVENT, the organisation that governs humanity, and humans are flocking to these cities in order to obtain remedies and a life style previously thought as impossible by standard means. The player over the course of the game begins to realize that through this indoctrination, almost brainwashing, the majority of humanity has lost the ability to be free. It is up to the player to uncover the aliens true intentions and to ultimately free humanity. This will be accomplished by raiding ADVENT coalition compounds, researching better technology and liberating various populaces from the aliens spheres of influence.

The minute to minute gameplay of XCOM 2 can be described at its core: a turn based tactical game. The player controls a squad of soldiers beginning with only 4. This can be increased by upgrades to a larger fighting force later in the game. The battlefield, or area of combat, is divided into tiles that represent places where your soldiers (or your enemies) can move. Depending on the class of your soldier, the amount of tiles you can move varies. In addition to movement, players need to keep in mind their surroundings. This of course is because there are several forms of cover your soldiers or foes can utilize as protection from attacks. The three forms of cover are no cover, partial cover, and full cover. It is up to the player as to where they want to move each turn. Some places may be safer locations though during battle. Another catch to this game is that turns basically revolve around two turn actions. Simply put, a soldier can run into cover or shoot. These turns continue for the player until all of their units have performed actions. Then, the enemy performs its own turn. There are a variety of actions or abilities that the player can use ranging from throwing a grenade to reloading your soldiers’ weapon. I will go into detail about the abilities in a little bit. Objectives for each mission (which the number of missions vary on each play through but the game takes around 30 hours to beat) range from destroying enemy monuments to extracting VIPs. This variety allows for diverse missions that differ in the time it takes to complete them. I have had missions that last 5 turns to missions that take over an hour to complete.

The meta game for XCOM 2 involves racing around the world gathering supplies, intelligence, and manpower in order to combat the alien threat. The events excluding specific missions are all procedurally generated in order to provide unique levels and objectives that will be the player’s own. In other words, your second play through may provide an entirely different start bias and equipment drops from enemies. The player will need to make contact with various other lesser resistance groups to gain supplies to research better guns, armor, equipment, etc. All of this while on the run from the ADVENT coalition may seem overwhelming, but I became some what desensitized to the idea of always being on the run. The raiding tactics the player utilizes almost made me feel like some sort of an insurgent or freedom fighter depending on your own point of view. The odds are nearly always stacked against the player, this made decisions like deciding to research an exo skeleton over new magnetic weapons a rough one to make. The game expects the player to adapt and over come these obstacles over time.

In order to combat this alien threat, you as the player must become well aware of the perks and proper uses for various kinds of weapons. Yet since you are a rebel faction, you and your soldiers cannot depend on abundant resources and new equipment. This idea leads into a new feature for the series: Weapon Modifications. Whenever one of your brave soldiers terminates an enemy there is a chance that modifications or rare resources will be dropped. These modifications like the auto-loader for the shotgun above can provide your XCOM operatives with an unconventional edge against the alien overlords. Some modifications work better with different operatives and armaments. I personally found that by adding an extended magazine modification to my main sharpshooter’s rifle proved to be the proper use. This allowed the rifle to take more shots without having to reload the weapon. Weapons and gear can however be lost forever if the operative using the gear is killed and their body is not recovered. My advice is that you never leave anyone behind, dead or alive everything and everyone is useful in this game. 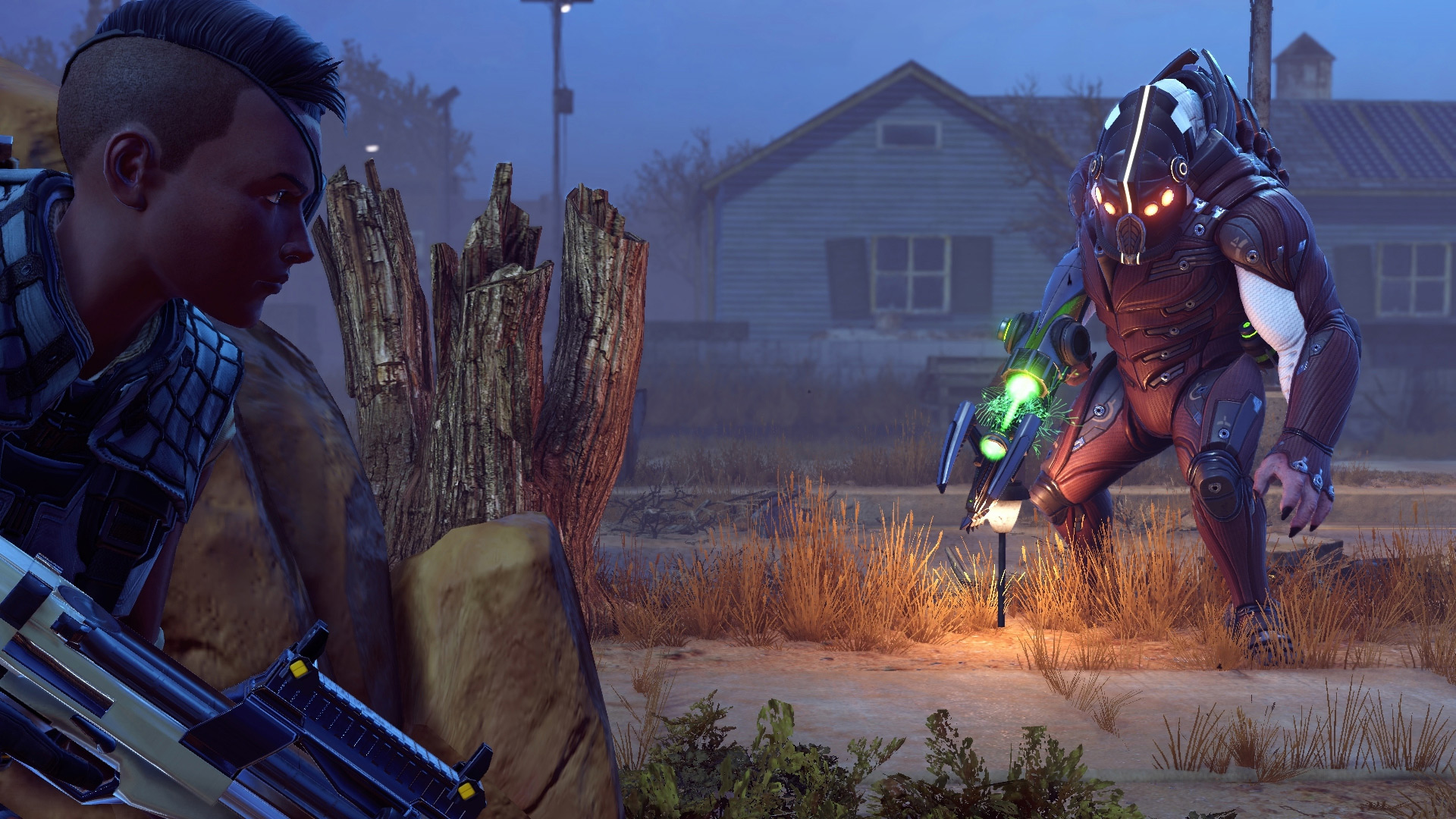 Now let’s look at the variety of aliens your team will face off against. In the beginning of the game, the majority of your enemies will be humanoid troopers and somewhat lanky “sectoid” aliens that can attack your soldiers telepathically. As the game progresses, different enemy types will be revealed. Without going into spoilers you as the player will have to fight some seemingly unfair engagements. It is all achievable, I personally at the time of writing this have already beaten the game on the second hardest difficulty and am currently trudging through the most difficult setting. Ultimately, the enemies encountered will push the player to their limits and at times the game can be incredibly frustrating. Missing a shot with a 95% chance to hit it can be infuriating and is incredibly common. I cannot stress enough the importance of persevering through this lengthy campaign. Yes the game will be unfair at times, yes a single failed mission can scrap your entire play through but in the end every successful mission is truly earned. Whether it is earned through countless attempts or the loss of your soldiers that you customized after your friends, the game is worth it in the end.

Lastly, as I briefly touched on it in the title of this review, the player can choose to fully customize the various soldiers they recruit throughout the game. Like in my XCOM: Enemy Unknown play through I named the majority of my soldiers after people who I know or unique fictional individuals or celebrities. Since the game has a permadeath feature, if any of these soldiers die they will be gone forever. This makes loses in my squads seems even worse since, for example my friend Joe died while trying to disarm a bomb on the third mission. These creative customizable features allow for awesome squads such as the one above. Having Big Boss from Metal Gear Solid 3, Mr. Wester as a sniper, and Nick Cage in my A-Team squad with several of my friends and myself makes for some amusing missions and losses. I found myself at times losing track of how much time I was actually spending customizing my soldiers and their load-outs. This immersion however made the game all the better.